TCF Canada and TCF Quebec: What You Should Know About These Tests 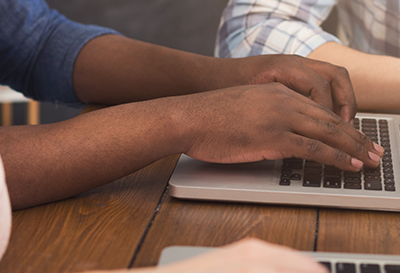 About TCF Canada As part of the process of becoming a Canadian citizen, you’ll need to prove that you are able to understand, speak, write, and communicate in English and French.  TCF stands for “test de connaissance du français” for Canada is TCF Canada. It is a test that will prove your French proficiency. The test itself meets standards of Immigration, Refugees, and Citizenship Canada (IRCC).  What to Expect from TCF Canada TCF Canada is approved by the IRCC. There are four parts you’ll have to do, which include comprehension of listening, reading, speaking, and writing. You are evaluated on general French proficiency.  This includes:Three compulsory tests that should take up to 1 hour, 25 minutes. This includes reading, listening, and language structures. There are two options tests that take up to 1 hour, 15 minutes.This includes oral expression and written expression. TCF for Quebec Test de Connaissance du Français (TCF) This test is the same as TCF Canada, but it is only for testing and proving proficiency of the French language. This would be necessary for anyone looking to immigrate or get a job in Quebec. It is a language test specifically for French and is often something an international student will require. If you want to get a degree in a program taught in French, you’d need to prove your ability to understand the French language. Meeting Requirements The exam has 76 questions and takes about 90 minutes to complete the compulsory parts of the exam. With the TCF for Quebec, you can take the test as many times as you like but they must be 60 days between the last attempts. Therefore it’s strongly suggested that you make an appointment to take the exam long before your degree program begins or the deadline for your immigration application.  Who can take the TCF for Quebec? Anyone is welcome to take the test regardless of nationality or native language. If you are beginning immigration procedures for the Quebec Ministry of Immigration, Diversity, and Inclusion, TCF for Quebec is mandatory. Basically, the TCF for Quebec was designed to make sure that you can meet the demands of Quebecoise authorities to get your permanent visa. French and francophone people will be obligated to meet these demands as well.  What can I expect from the TCF Quebec Exam? There are 1 to 4 examinations. This includes the following: FAQs for TCF Canada and TCF Quebec The levels are going to correspond to both the European Framework for Language Learning, Teaching and Evaluation along with the Canadian Language Benchmarks. When tests have been calculated (which can take up to 15 days), you will receive a certificate with your results. The results will include your level and score for each of the four parts.  Can I Practice TCF Canada and TCF Quebec? There are third party practice courses available that prepare you for the TCF and the exercises you’ll be performing. There is such thing as a training mode, which offers exercises from all areas of the test. There is an exam mode as well with mock questions that allow you to prep for the real test. When can I take TCF Canada/Quebec? You can take TCF Canada or TCF Quebec sessions throughout the year.  Where can I take TCF Canada/Quebec? There are accredited centres that hold sessions. It’s your job to get in touch with them. These centres allow you to: Ashton Testing Services (www.ashtontesting.ca) offers testing sessions throughout the year. TCF Canada registration and TCF Quebec registration can be done online. Where can I get my certificate? You can collect your certificate at the centre where you took your TCF Canada/Quebec.  Can I Fail the TCF Canada or TCF Quebec? The certificate of results will place you on a six-level scale that goes from A1 to C2. This was established by the Council of Europe. It is not possible to fail the TCF but you may be required to have certification at a certain level.  Getting a C2 certification would indicate that you’re bilingual.  How long is my certificate valid for? It will be valid for a total of two years.  How much does it cost to take the TCF Canada and TCF Quebec? The cost of the TCF Canada test is $395 CAD for all four parts of the test: listening, speaking, writing and reading. The cost of the TCF Quebec test is broken down into its component sections. Oral Comprehension is $80 CAD, Written Comprehension is $105 CAD, Oral Expression is $130 CAD and Written Expression is $105 CAD. In all cases, there is a $75 CAD non-refundable fee in the event you cancel.